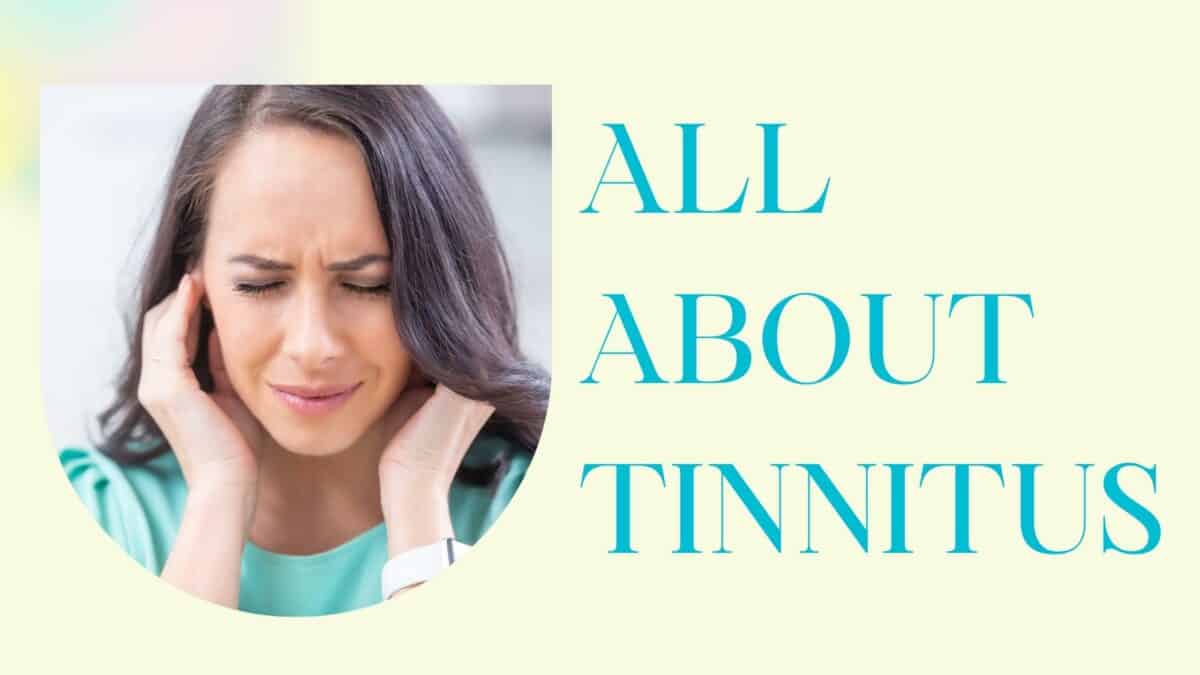 Do you ever settle down to rest at the end of the day only to be confronted by a ringing in the ears? It can be distracting, confusing, and stress-inducing even trying to understand what is happening. This ringing is the symptom of tinnitus, a phantom sound that is generated from your mind.

The U.S. Centers for Disease Control and Prevention (CDC) estimate that nearly 15% of the general public — over 50 million people in the US — experience some form of tinnitus. Roughly 20 million people struggle with burdensome chronic tinnitus, while 2 million have extreme and debilitating cases. It can cause frustration, sleep issues, anxiety, and concentration issues as you can hear the sound while others cannot at all. It can come in the form of a ringing, roaring, buzzing, humming, clicking, hissing, or even music, and depending on its severity can be subtle or so loud it’s difficult to ignore. Severe cases of tinnitus can interfere with sleep and make it difficult to complete daily activities, such as work or connecting with loved ones.

The most common type of tinnitus occurring in 99% of cases occurs when the phantom sound can be heard only by an individual. For instance, your doctor will not be able to hear the sound using any medical equipment.

Occurring in less than 1% of all cases, objective tinnitus can be heard by a doctor conducting an exam as it is caused by blood vessel issues or due to issues in the middle ear bone.

No one knows for sure exactly what causes tinnitus however it is important to note that in nearly 90 percent of those who have tinnitus, hearing loss also is present. This leads many to believe that tinnitus is directly caused by damage to the auditory system. For instance, if you’ve ever experienced a loud concert without hearing protection, you may have left with a ringing in the ears. While the ringing may subside after some time, the hearing damage is most likely permanent. It is believed that this is due to damage to tiny hair-like cells called stereocilia. Stereocilia convert audio waves into electrical pulses which send sound to the brain. The researchers reason that damage to the stereocilia may cause them to send static audio information to the brain which is interpreted as the symptoms of tinnitus.

While there is no cure for tinnitus, several treatments can lessen symptoms allowing you to stay focused during the day and get the sleep you need at night.

Many people find noise machines cover the distracting sound of tinnitus when it’s time to rest or focus, allowing you to focus on the task at hand.

Often focusing on your response to tinnitus can lessen symptoms altogether. CBT is a type of conversational therapy in which the patient is aided in decentralizing tinnitus from the front of their consciousness. Others find that using methods such as exercise, mediation, yoga, and acupuncture have similar benefits.

While hearing loss is most often permanent it can be treated using hearing aids. Tinnitus and stress go hand and hand. Tinnitus is perceived which can trigger stress. Stress can make the symptoms more central to an individual’s consciousness, causing increased tinnitus symptoms. Many find that using hearing aids can lower the stress caused by constant miscommunication, simultaneously reducing stress and increasing tinnitus symptoms as well. In addition, many hearing aids today also have features that can target tinnitus frequencies and produce a subtle tone that masks the buzz of tinnitus.

More than anything, hearing loss often goes undiagnosed, however, the presence of tinnitus is often a warning sign that hearing loss is present. If you struggle with a buzz or ring in your ears, it’s always a good idea to schedule a hearing exam. Contact us today to schedule a hearing exam. We can get to the root of your tinnitus and find a solution to quell the distracting buzz so you can focus on the life and activities you love.