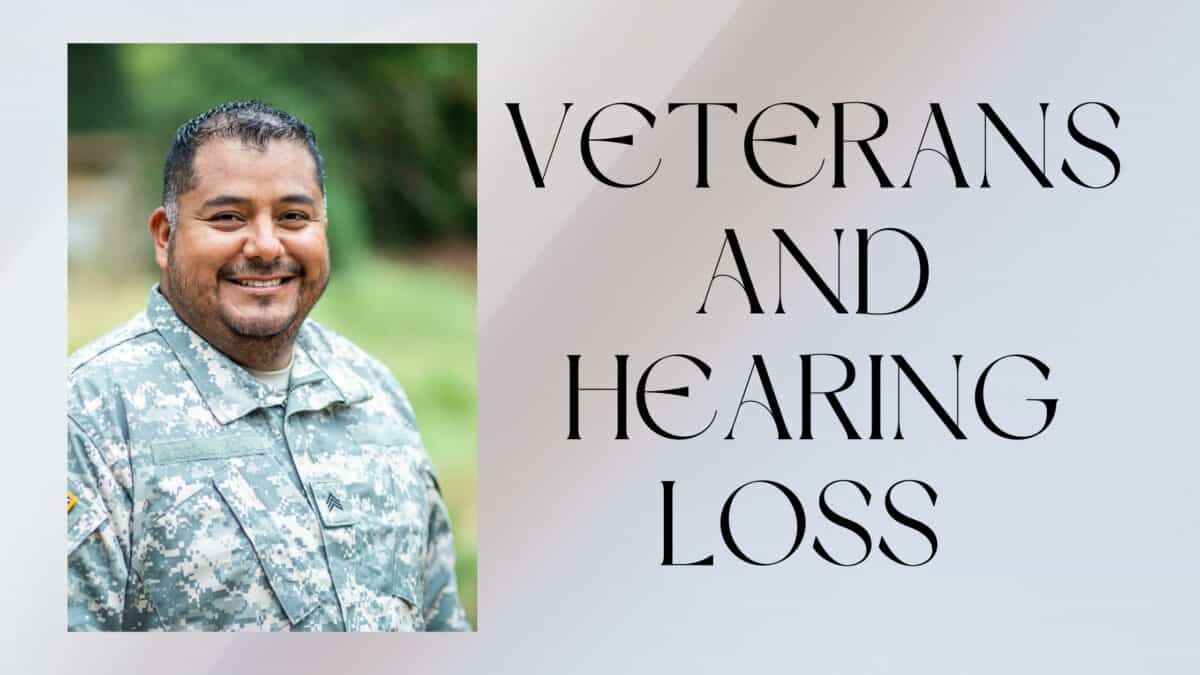 Our military put their lives on the line to serve and protect our country, but that’s not all. They also put their ears on the line – hearing loss is widespread among military members. Many return home with severe hearing loss, unable to hear all of the sounds around them or communicate effectively with friends and family.

Over 1.1 million veterans are compensated for hearing loss incurred during duty, and 1.6 million are compensated for tinnitus, the painful ringing or buzzing in the ears. Furthermore, many veterans with average hearing test results have difficulties following conversations due to auditory processing impairment, frequently triggered by blast exposure.

You might think that hearing protection should solve this issue, but the reality is more complicated.

Hearing protection is a standard issue in the US armed forces while using weapons, whether in training or on the battlefield.

The issue is that many military personnel believe that earplugs muffle too many sounds, making it difficult for them to detect delicate sounds surrounding them. Many people opt not to wear hearing protection because being aware of all sounds in the environment, no matter how mild, could mean the difference between life and death.

Unfortunately, using hearing protection isn’t always as simple as it seems. In a recent case, a defense contractor was ordered to pay $9.1 million for providing substandard earplugs to American troops. The Minnesota company allegedly provided earplugs to the Department of Defense despite knowing that the earplugs were “insufficiently short for adequate insertion into users’ ears and that the earplugs could loosen imperceptibly,” rendering them utterly worthless in sound masking. Thousands of service troops stationed in Afghanistan and Iraq between 2003 and 2015 used the defective earplugs regularly, exposing themselves to unsafe noise levels. This agreement sends a strong message that all safety equipment must be well-made and that all equipment providers must do everything possible to ensure the protection of our troops.

Hearing loss can be readily avoided by wearing hearing protection consistently and correctly, and this would ensure that our troops do not develop hearing loss or tinnitus. Military personnel who work in airplane hangars are exposed to loud blasts, armed conflict, or other explosions are most at risk of hearing loss.

There’s a belief that wearing ear protection will make it difficult to communicate or block out small sounds in the environment, but these concerns become obsolete as technology progresses. Troops will no longer have to choose between their lives and their hearing, as they will be able to hear everything well while still being protected from loud blasts and gunshots.

If you served in the US military and now have hearing loss, tinnitus (ringing in the ears), or any other type of hearing-related disability, you’re one of 1.9 million veterans who suffer from hearing loss. These disabilities are more common in older veterans, but even young veterans can struggle with these issues after being exposed to gunfire and loud machinery during their service.

Veterans with hearing loss could be eligible for a range of benefits from the Department of Veterans Affairs (VA) to help cover the costs of hearing aids, implants, and other care.

If you’re a veteran with trouble hearing, come in for a hearing test at Thoreya Audiology. We’ll assess your hearing loss and work with you to locate the right equipment to treat your tinnitus while also fitting into your daily routine, allowing you to communicate comfortably and enjoy all the noises you’ve been missing.