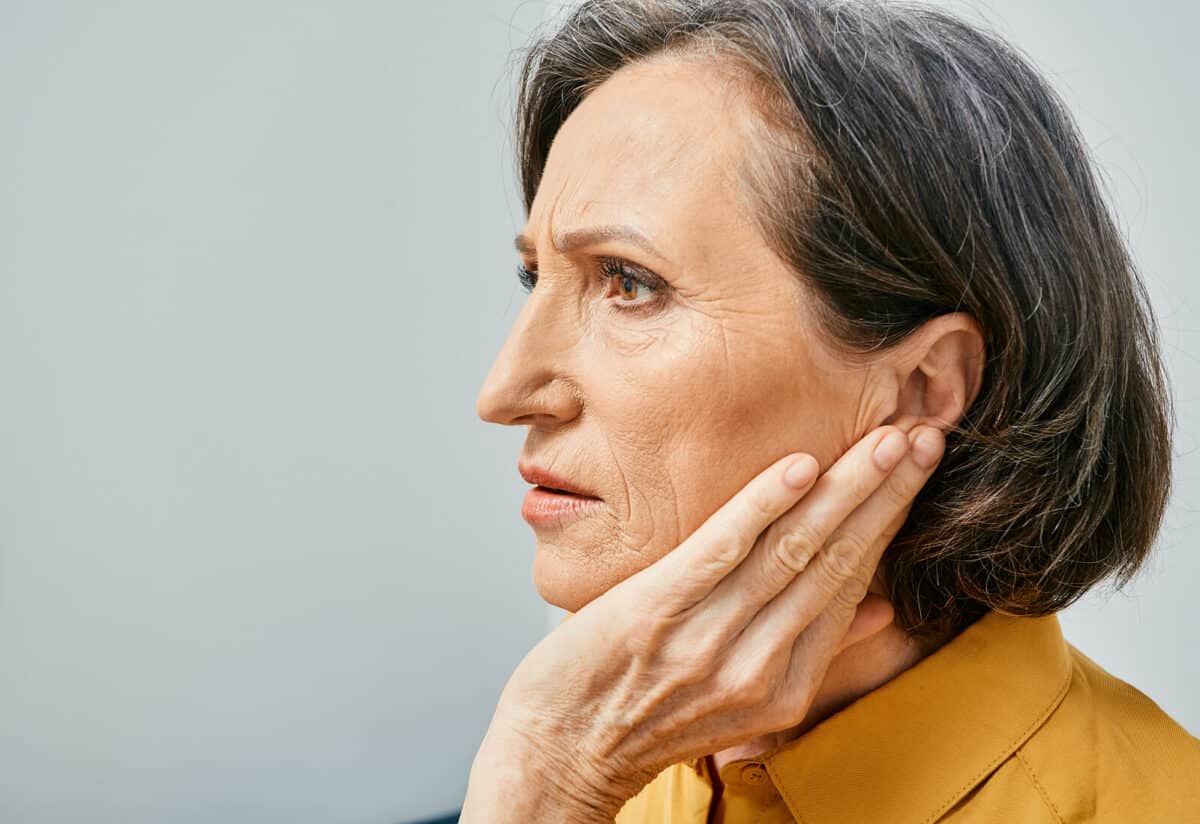 Cognitive decline has long been an early indicator of dementia, the sixth leading cause of death in this country. So it makes sense that we should be vigilant of anything that might compromise our brain functions. That’s why we should start looking at hearing loss. Even adults with a little hearing loss are at a higher risk of dementia, and the numbers get worse the more severe the hearing loss gets – those with severe hearing loss have five times the risk of their hearing peers.

The higher frequencies are usually the first to go as our hearing declines. This makes it much harder to understand others in noisy environments. Here are three ways this hearing loss can lead to cognitive decline.

Social isolation and hearing loss have a strong association. The individual isolates themselves, and they find they have fewer people to call. Hearing loss makes people less likely to want to meet up with friends, family, and co-workers.

Losing those strong and loose ties means fewer people engage the brain in conversations, leading to an overall reduction in the use of several parts of the brain we use for conversation. This results in reduced cognitive stimulation.

To understand conversations, the person with hearing loss works their brain overtime to fill in the gaps. As the brain works hard to fill in the blanks, it leaves less energy to store and process what the person has already heard in their short-term memory. This is what we call “cognitive load.”

The work of trying to keep up with conversations adds more stress and anxiety to the listener. This can trigger a ‘flight or flight’ shot of adrenaline that eventually leaves the individual feeling physically and mentally drained during the day. It also makes people less reliable in their short-term memory, which is an early indicator of dementia.

The most convincing case for hearing loss leading to cognitive decline might be the idea that hearing loss results in a faster rate of brain atrophy in the hearing portion of the brain.

A recent study at Johns Hopkins University found that, compared with those with normal hearing, those with hearing loss had their brain tissue shrink faster than is normally the case as we age. Areas where the shrinkage occurred most were areas responsible for sound and speech, cognitive processes, and memory recall.

According to study author Frank Lin, hearing loss means we use these parts of the brainless, which leads to less stimulation and, eventually, the loss of unused brain tissue:

“(Hearing loss leads to) accelerated atrophy in certain areas that are chronically under-stimulated. And, in turn, that increased atrophy may increase the risk for dementia over time.”

How Hearing Aids Can Help

Although the evidence is mounting that hearing loss is strongly linked with cognitive decline, there is help at hand. Many recent studies have pointed to the connection between hearing aid use and a reduction in cognitive decline. A recent study by British researchers at Manchester University in England found that wearing hearing aids could slow degeneration by up to 75%.

Hearing aids help prevent cognitive decline in several ways. Individuals wearing them can hear much better in noisy environments, which makes them less likely to experience cognitive load. Those with improved hearing can reconnect with family and friends and go out more. This leads to less social isolation, and the body and brain are kept active as they are exposed to new stimuli outdoors. These new stimuli exercise parts of the brain and make it less likely that they will degenerate from a lack of use.

Treating your hearing is one way to keep your brain sharp for years and could reduce your risk of dementia. Schedule a consultation with us today! Talk to us about the benefits of treating your hearing loss and which treatment option would be best for you.